These are my rules for using the WizKids Deep Space Nine model in Star Wars Armada.  The Base should be printed out to be at least 15 inches in diameter.  I recommend either printing it on two separate sheets of paper and combining them, or bringing it to a Kinkos or similar place to have it done properly. I also recommend starting with the station on the board already. 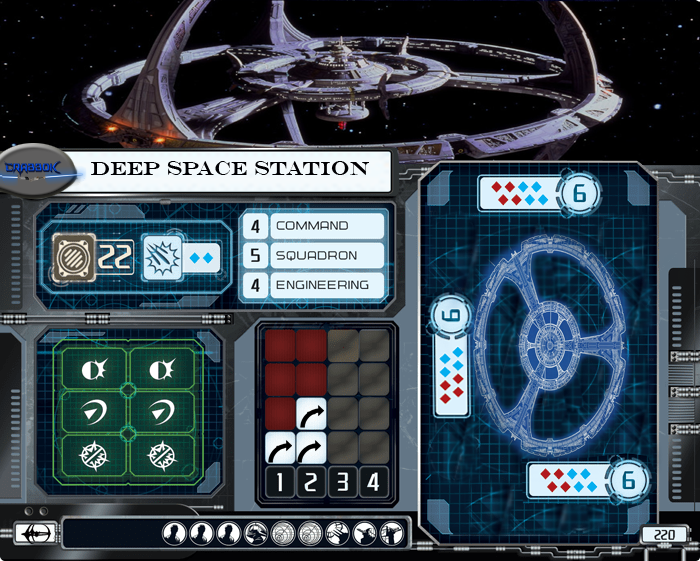 Here are some videos showcasing the Station: