So as I get closer to 8,000 subscribers I wanted to do another giveaway!  This time it’s a Star Wars Celebration Exclusive Rey with Speeder Funko Pop!

Details in the video!

A few weeks ago I was getting ready for an Armada tournament, and I posted on facebook that I was planning on trying a new build, and that it would be “outside of my comfort zone”.  In jest, a friend said that I should be flying Ackbar Nebulons.  This post received several ‘likes’, and a few follow up comments urging me to fly Ackbar Nebulons.  Clearly, I was being mocked.   Or was I?  I decided at that moment that I would put some work into an Ackbar Nebulon list to spite them all either with shock or dismay. 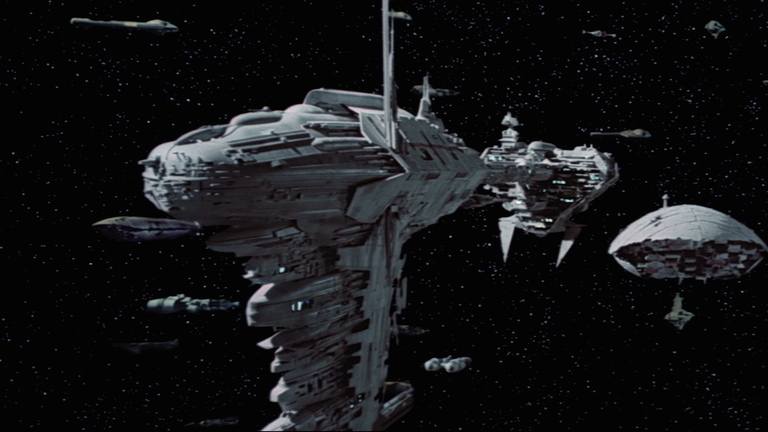 Why is this so taboo in the first place?

Generally you want to enhance your biggest strengths, rather than simply offset your weaknesses.  Some times players try to fill in a ‘gap’ in a ship to make it more well rounded, but most of the time in a short game of only 6 turns, championships are won by those who tend to focus more on a ship’s specialty.  Pairing Ackbar with Nebulons is breaking that rule completely down the middle, by not simply enhancing a weakness (the side arcs) but also by crippling the biggest strength (the front arc).

Nebulons want to be pointed directly at the enemy.  Their 3 shields, and 3 red dice are as tough as a Victory Class Star Destroyer when at long range – but they are so weak on their sides they are a great example of a glass cannon.   One well-placed Raider can take down a Nebulon with a single activation.

So how can it work?

To make it work we have to look past the obvious strength of the front arc and look at how that actually limits it.   Anyone who has spent time trying to fly a Salvation, knows how frustrating it can be to NOT have a front shot with that narrow front arc. 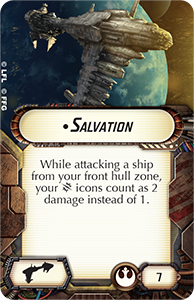 That strong front arc, is so narrow that we can flip the entire mentality of this ship by pretending like we WANT to shoot out of the sides.  Why?  The sides are huge – we will ALWAYS have a shot.   And for the few times we don’t – well that’s fine the front will work in those cases.

Another strength here is that they are cheap.   Typical lists with Ackbar will only have 3 main attacking ships.  Here we can get 5 or more with ease.  Cheap allows for that, and allows for upgrades.   Lets talk about upgrades:

The main upgrade you’ll want to consider is which Turbolaser you want to use.   Typically, I would suggest running with Slaved Turrets.   They are cheap and this is one of the best ships to use them on. 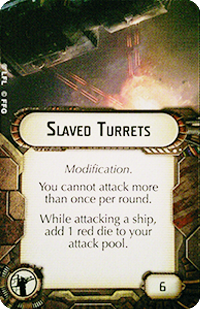 A fleet full of Nebulons running in a line, can ensure that nearly all of their ships will have a side arc on a target.   Declaring Ackbar is also going to rule out your front and rear arcs anyway, so you are likely only ever going to get ONE shot to begin with.  So now you’ve transformed one red die, into four (or five if you’ve selected a concentrate fire command, which in this case you’ll probably want to do a lot).  Five red dice out the side is pretty nice – and consider that against your front arc, which at best could match that, but not beat it. 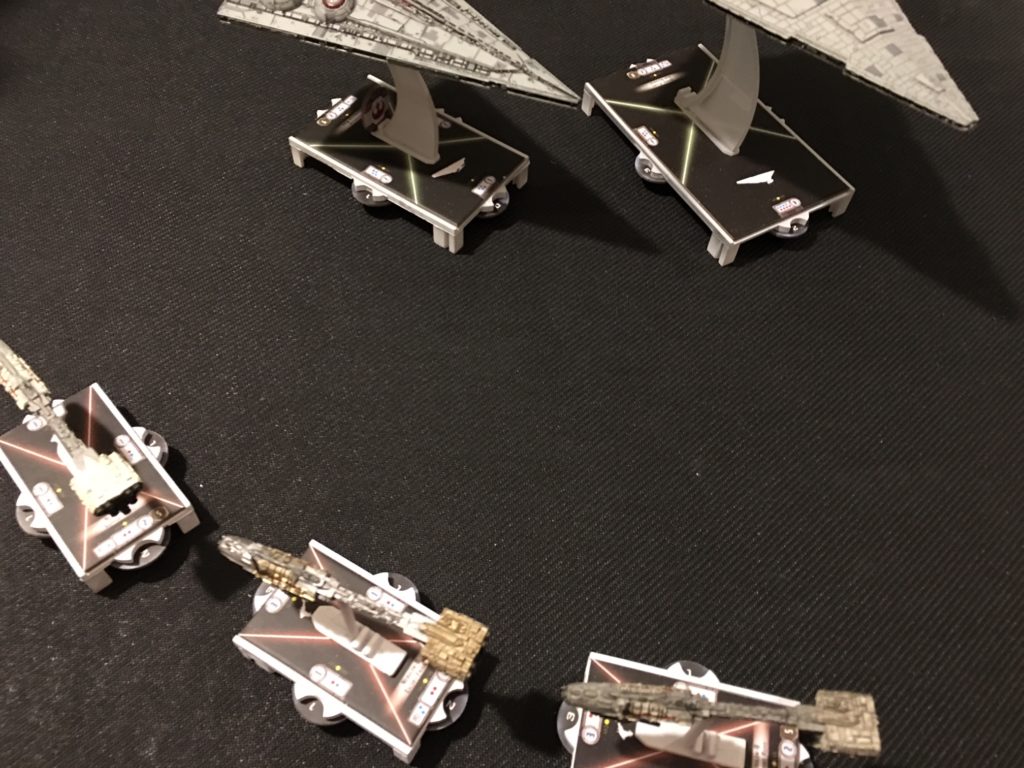 The ONLY thing you lose this way, is the ability to take two shots.   A typical Nebulon doesn’t ever get two GOOD shots regardless.   And in the rare case that your enemy is directly in front of you and no side-arc is possible – well that is no problem at all.  Just use your front arc, slaved turrets and CF command and you still have the same amount of dice.

Oh and there are still titles available – you don’t have to run them as generics. Consider this fleet:

Here is a fleet that is actually pretty versatile and can prove to be very deadly.  First the squadrons – it’s only 88 points but we are taking good advantage of them.  The GR-75 can activate early, getting Luke to get into position and then readying him with Adar Tallon.  Then when Yavaris activates, Jan can move in if needed to free-up Luke, and Luke can shoot twice.   This lets Luke shoot 3 times per turn.   Biggs and Jan will both help keep Luke Alive, and the VCX-100s will allow both Yavaris and the GR-75 to activate from relative safety.  Luke will be a major threat here, even without having a Bomber Command Center close by.

And as for your ships, you just fly them in a line and go keep the Concentrate Fire command dialed up.   You’ll probably want to lead with the Salvation, to discourage an enemy force from getting in front of you.

But suppose you want to go with Enhanced Armament.

Now it gets more expensive.   Each upgrade costs 10, but this does have the obvious benefit of allowing you to attack twice.  Assuming you are able to double arc an enemy at long range, you can now shoot 3 out of the front and 2 out of the side.   That alone isn’t particularly noteworthy on it’s own.   What is clearly the better case is to try and do the “Ackbar Slash” on your enemies now: Attacking one ship on the right, and one ship on the left – getting full bonuses now on both attacks!  This does require that you fly your nebulons directly in the middle of your opponent’s ships, and that is pretty much the tricky part – because you will almost certainly be dead as dirt doing that.

But what if you manage to survive?   Assuming you keep your front pointed directly at an enemy, you may end up being able to force them to fire at your front with 3 shields – and using your double braces you may be able to survive.   If you can manage to get a shot after a forward facing enemy closes in on you, it may be possible to double-arc them from EACH of your sides.   This is the absolute best case scenario and would require you being first player in order to pull off, because you are almost certainly dead if you don’t kill them. 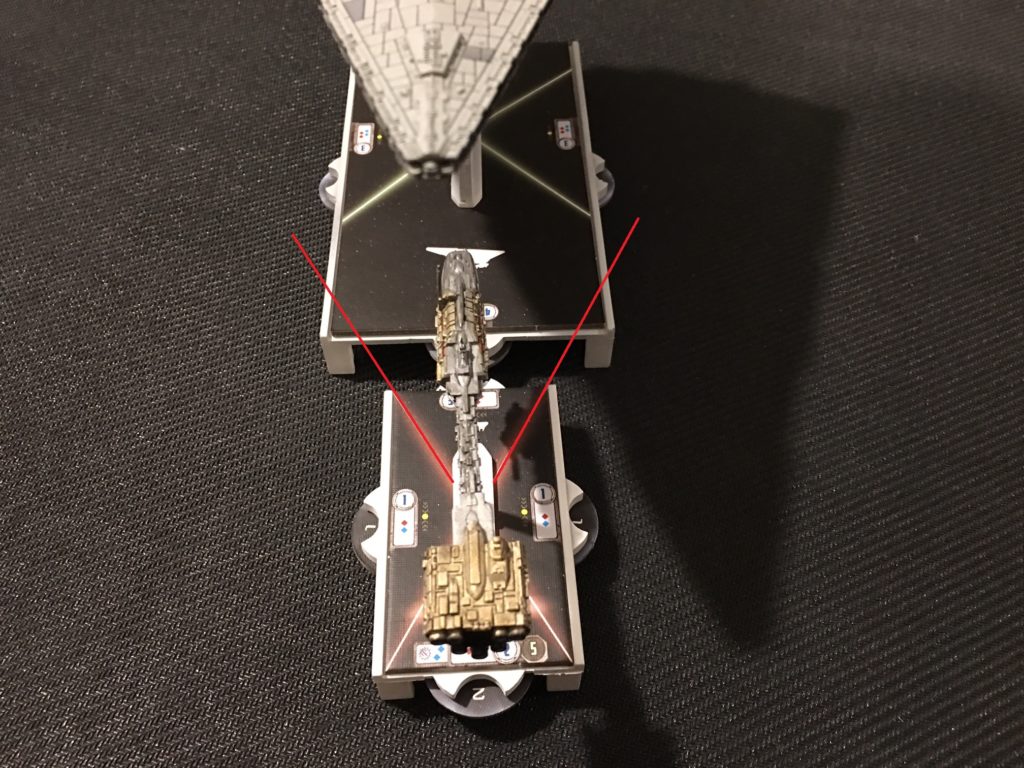 In this case a Neb can declare Ackbar and get two side shots on the Star Destroyer.  Enhanced Armament, Ackbar, and being close up allow the use of all of the extra dice available here.  Four red and one Blue on each side, plus a concentrate fire depending on where you need it will add up to 11 total dice.   Not a bad deal at all from a 61 point ship!  (51 plus 10 for Enhanced Armament).  And if the star destroyer survives you can just ram them! And if you cannot manage a front double arc shot a side version should be significantly easier. 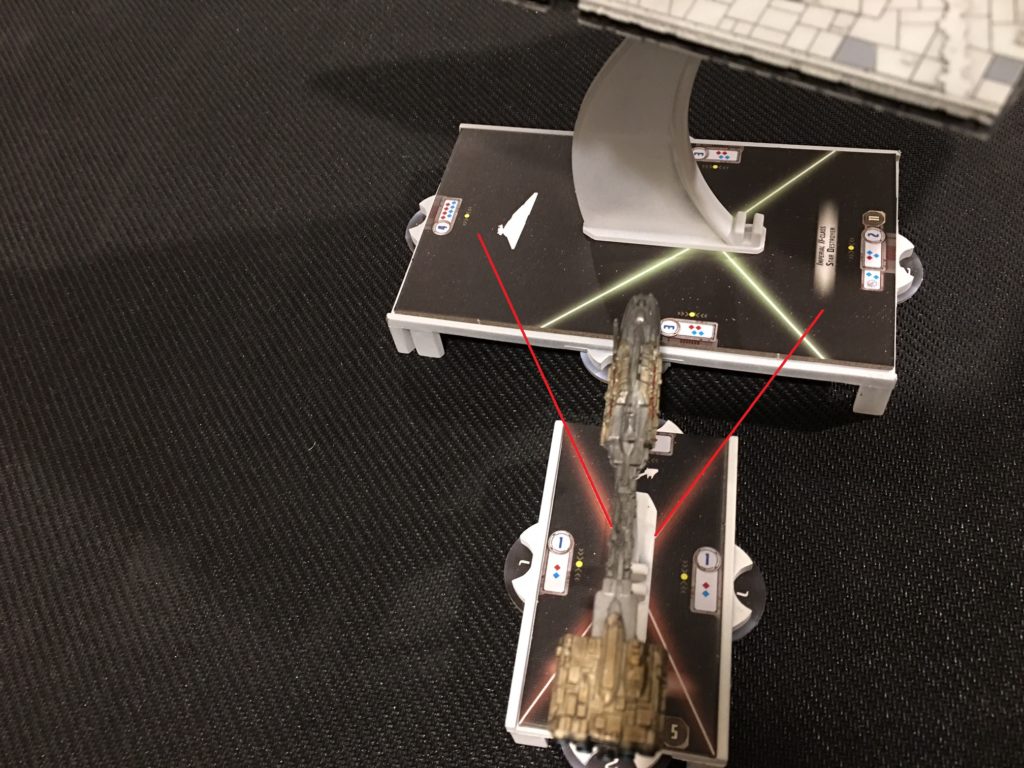 Five Ships – Five Shooters.   The Squadrons have Rogue so you won’t have to worry about squadron commands, and they are well rounded enough to at least slow down most squadron based threats.  Lando will help prevent Ackbar from being taken out too early.  The rest of the ships you just fly directly at your opponent trying to get as many double side arc shots as you can muster!

The strength of this fleet is that with those ultra wide side arcs you’ll be able to shoot at pretty much everything.  If nothing else this type of fleet should be fun!   Imagine charging these unlikely heroes at your enemies!   If you can manage to get a few double side arc Ackbar shots it will be so satisfying your opponent may just stop the game and come shake your hand! 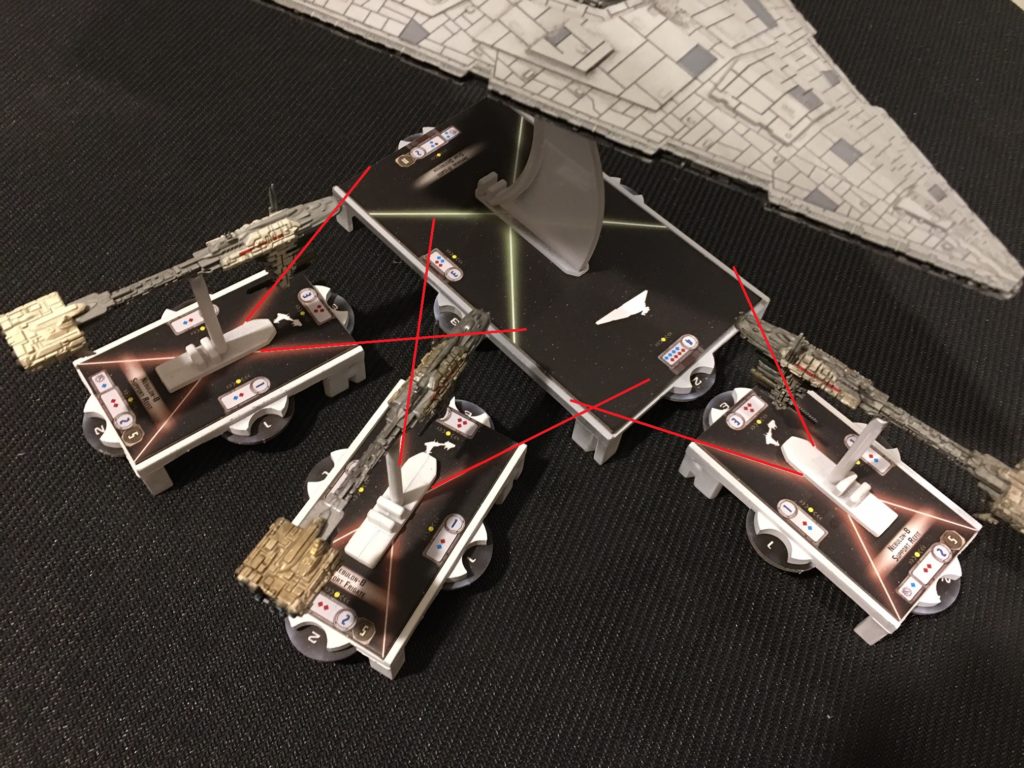