Video if you prefer not to read the article.

It can be very tricky to go without squadrons.  Essentially, any list that doesn’t include any squadrons is taking a huge gamble, and it usually isn’t worth the risk.

Taking even two TIE Fighters or Z-95s is a minimal investment of points, and can make a huge difference when you are facing a squadron heavy build.  This is a major reason why you simply don’t see many squadron-less fleets these days.   It’s just too easy to spend 14-30 points to ensure that you are at least mildly prepared to deal with a majority of lists…  and since virtually every list out there uses squadrons at least in part – it’s almost a given that you HAVE to take some squadrons.   Almost…

But going without squadrons can give you all sorts of awesome benefits as well!  Lets talk about some of the benefits.

Single Strategy – For starters, you can build a singular strategy around your ships – weather it’s a full-blown broadside list, a hard charging Star Destroyer list, or something else designed without squadrons in mind, you can focus more on a single idea.

Command Dials – You only have to worry about planning 3 commands, instead of 4, effectively reducing the choices you have to make, and giving you less chance of picking something wrong.  (Although this is also a double edged sword if your opponent is running slicer tools – more on that later).

More Points! – The most obvious benefit is that you have more points to spend on the bulk of your fleet!  That means more ships, more activations, more dedicated anti-ship firepower, and more points for upgrades!

If you want to make a squadron-less fleet work you are going to need to embrace a few key concepts.

Survive – You need to be able to withstand lots of extra poke damage.  A-Wings like to poke and they are cheap.  B-Wings with bomber command center and Yavaris are the worst.    You won’t have an easy way of shutting these squadrons down, so you’ll need to outlast their barrages.   And if you manage to get rid of their ships, the remaining squadrons STILL get to shoot during the squadron phase, since the winner isn’t determined until the end of the round.   You might defeat your opponent only to have their remaining bombers finish you off as well.

Chase –  Relay has been a tremendous boon to fragile carriers.  Flotillas, Quasars, and even a really mean Yavaris can now hang in the back and issue commands from safety.   You’ll need some speed to be able to chase them down and take them out. Try to use ships that can go faster than speed 2.

Table – When your opponent has serious squadron power, the best way to shut them down is to table them.  This isn’t always easy, due to flotillas using scatter, or a single Star Destroyer running engineering every turn.  You’ll need to have a list that has the speed and firepower to catch every ship and table them.

Kill the Flotillas – Since you have no squadrons, it’s especially harmful if an opponent hits you with Slicer tools, so if possible, activate your 1-Command ships first, and prioritize killing those flotillas if you can.  They activate squadrons, can be housing a Bomber Command Center, and are hard enough to kill – you don’t want them getting away and using Relay to finish you off.

Be prepared to lose badly– Even a really well designed fleet with no squadrons is going to lose.   Alot.  If you are going to do this, keep that in mind.  You are gambling here.   Winning will be fun, but facing a swarm of bombers will hurt.   And people run them often. 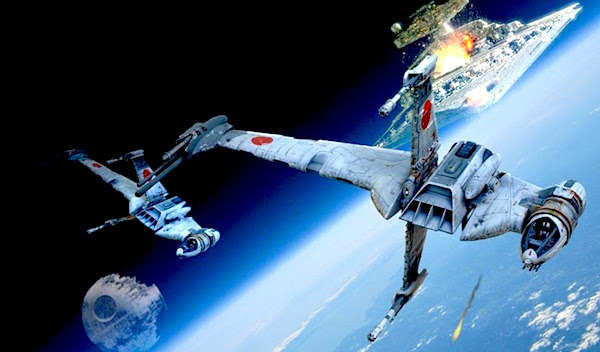 Some ideas tend not to work too well.  Even though at first glance, they might seem like a winning solution for a squadron-less build. 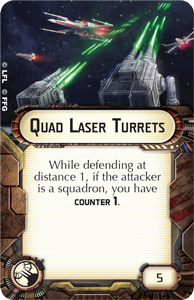 Quad Laser Turrets – A single counter die is only going to do an average of half a damage, each time you are attacked.   This on it’s own isn’t enough to stop a bomber build, especially considering how most bombers have high hit points.  This need to be paired with other cards to work better, and also need to be on every ship. 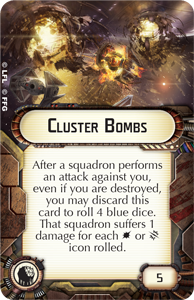 Cluster Bombs – It sounds attractive, but it’s also expensive to get enough of them to outfit your whole fleet.  Plus it’s a one time use.   On the plus side it can’t be braced or scattered, but chances are, a low health Tycho will simply fly away or go after a ship that has already spent it’s bombs.  As much as I’d like to try to really try these in a heavy environment, there simply isn’t enough reason to use them now. 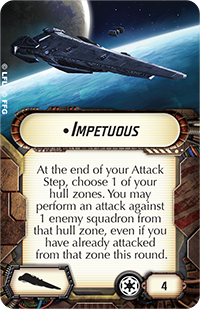 Single Raider with Impetuous – This title isn’t “bad” but if you are expecting a single raider with this title to stop the enemy squadrons you are going to be in for a disturbing truth.  Enemy squadrons will almost never put themselves in a position for you to shoot at them if this is your one threat.  Either they’ll activate during the squadron phase (after you’ve already gone), and fly out of your firing range, or they’ll activate ahead of you with a squadron command.  To make this title really shine, you need some way to lock down enemy squadrons, and for that purpose you should have chosen the Instigator. 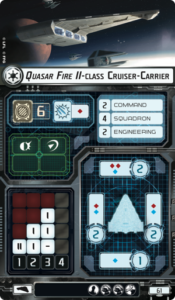 Quasar 2 – The red anti-squadron die is unmatched currently in terms of range and number of squadrons it can hit.   And sure, you can give it Kallus to potentially hurt aces – but at the end of the day you are taking the game’s best pure carrier, and not bringing any squadrons for it to….. “carry”.  I just have a huge problem with that level of inefficiency.

Ideas that can work:

Lets talk about a few ideas that are more reliable and have a better chance to be effective in a variety of circumstances.

Raider 1 – The Raider 1 is a great ship, possibly the BEST ship in the game for this purpose.  It is fast.  It can roll 2 black dice.  It has two titles that specifically deal with Squadrons.  It can take the perfect combination of Flechette Torpedoes and Ordnance Experts to seriously lock down any large group of squadrons.   Consider running several of these.   Best part is they still work well against ships, unlike some other anti-squadron specific options.

Kallus – Dude is amazing for dealing with squadrons.  Combos well with Flechettes but works just as good without them.   And you get to pick the color – so if you really need that accuracy to stop the scatter, or you want the reliable damage from the black, or maybe you are going for the hail mary red die with the double hit… you can chose whatever you need!  And he’s only 3 points, so even if you end up not facing uniques it’s not a terrible waste. 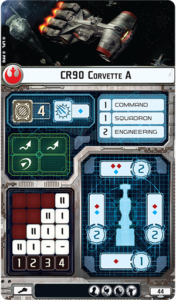 CR-90A – It has alot of things going for it that help make up for the vulnerability that having no squadrons will give you.  It’s fast.  Very fast.  It has alot of red dice, so it can reach pretty far.  It has access to some good upgrades like the TRC.   And it’s cheap.   You can run a ton of them and squadrons will have a hard time keeping up with you, while you pelt their carriers from long range with TRC blast after TRC blast.

Toryn Far – If you are going rebels, you likely aren’t going to mass ships with double black anti squadron dice – so you’ll probably get alot of use out of her.   As a bonus she also helps make Quad Laser Turrets slightly better, so if you are on the fence about that idea, she can help push you over.  And she works against ships too! 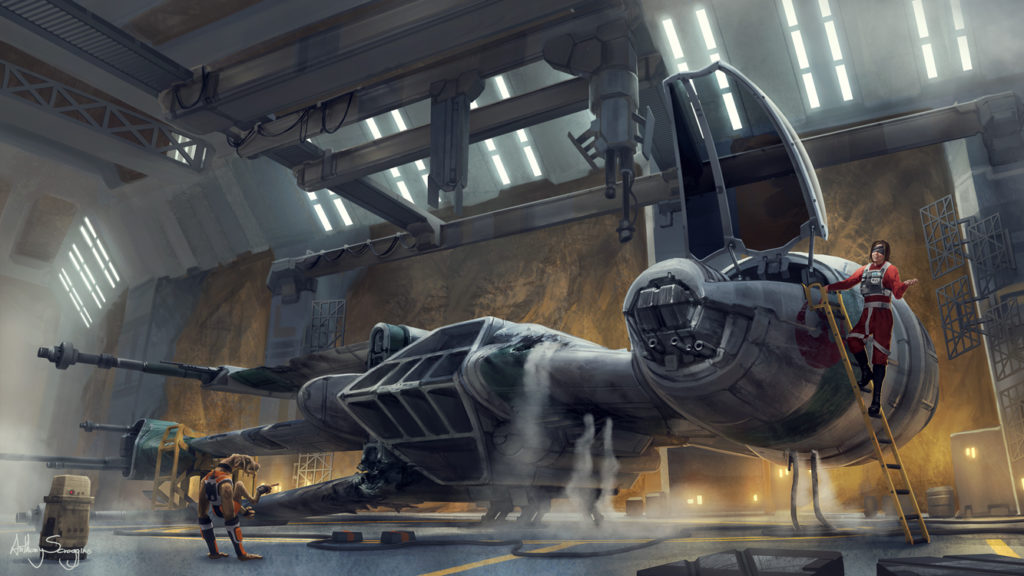 Every time I try a list with no squadrons, I always know that I am taking a huge gamble, but i suppose that’s part of the fun.   Ideally you hope to get paired up against someone with a counter-squadron build – perhaps someone with a handful of non-threatening squadrons – perhaps with escort, or counter.  But if you can pull off a win against a heavy squadron list – it’ll be worth the anxiety!  Happy Flying!