Since the new FAQ declared that after you place a squadron with Rapid Launch Bays, you then officially begin their activation, I’ve been itching to try out my long-planned Raider with Boba Fett.  The general idea is that I take a fast ship like the raider, and allow it to drop Boba Fett after moving, turning a raider into a miniature Gladiator (Well for one move at least).  For reference here is a video where I talk about a build for this.

Well I finally got the chance to try it last night.   It wasn’t however, in a 400 point game, but rather at the spur of the moment by buddy and I decided to play a massive 800 point game!  I figured this would be a good time to try out some new things, and I did manage to use Boba Fett on board a raider in this build.  Granted the game was huge – it was also fun! 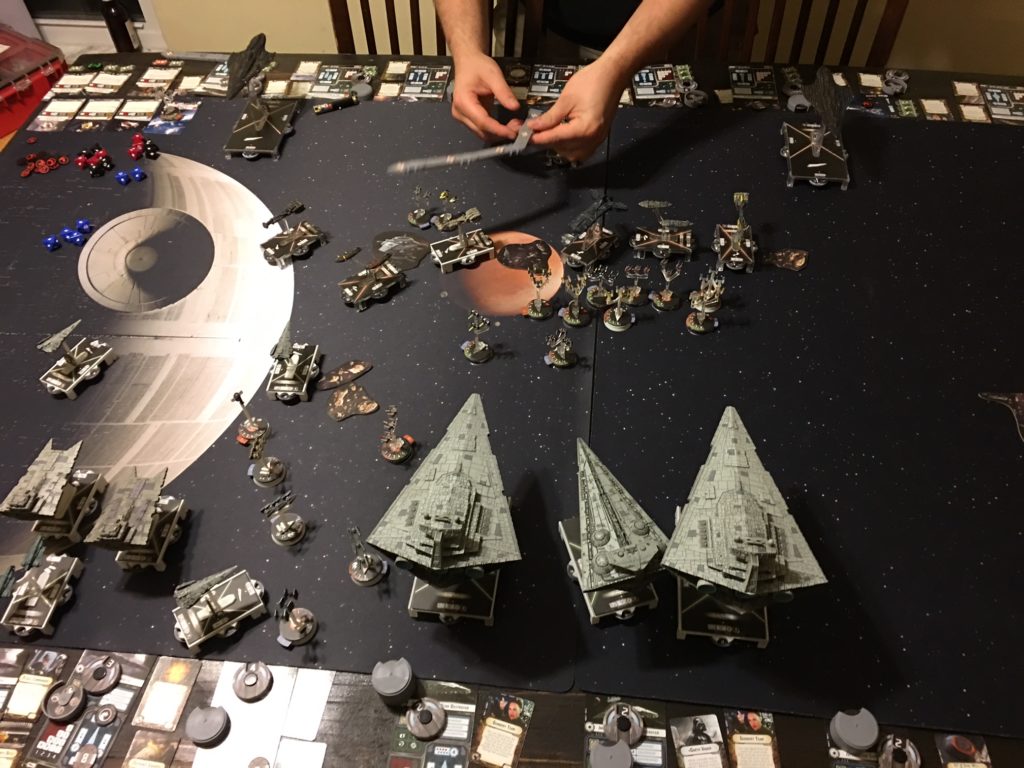 My opponent ended up having far more squadrons than I did and I was quickly overwhelmed by the darned things.  So I ended up using Boba against a squadron, rather than a ship.   It worked well enough, deploying and dealing a damage, followed up by an attack- but I would have rather used it against a ship.  And yes I realize that even against a ship the activation damage can STILL go to a shield, but it just fits into the whole idea of what I’m trying to do – damage damage damage!   Even so – using Boba’s ability against squadrons is solid and generally a pretty good thing too, as it can’t be impacted by most defensive abilities as it is not an attack. 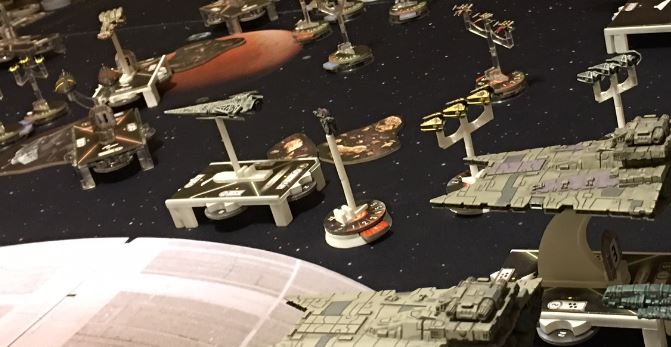 After the match I began to think that I had missed an opportunity to maximize this ability.  Suppose I had multiple squadrons deploying and Boba was the LAST one.  His ability could finish off a weakened hero squadron, such as Howlrunner, Tycho, Jan Ors, or even an enemy Escort – and then allow for him to attack whomever he wanted.  I could easily get three squadrons loaded up onto a ship with Rapid Launch Bays and Flight Commander.  A Victory would work easily but is slow.  I could significantly increase my cost if I use an ISD – but the squadrons I would want to end up using would be expensive enough.  I could go with a gozanti for the cheaper option, but I’d end up having to use only 2 squadrons.

So my NEW plan is going to be a bit expensive but should be fun.  For now lets assume I’m using a victory.   Sure it’s slower, but I’ll deploy far forward and I probably won’t die before I get the opportunity to drop my squadrons. I’m going to load up Boba Fett, IG-88, and Colonel Jendon.   IG-88 drops first, (Who by the way, is more awesome now than ever before since crazy counterers like Shara Bey exist), then Colonel Jendon drops, and lets IG-88 shoot AGAIN.   Finally Boba Drops and does the last damage needed to finish off an enemy or two.  This may not be the ultimate combo, and it certainly is expensive, but I suspect it will be a powerful way to counter squadrons with Scatter, Rhymerballs, and Howrunner swarms.  And once the Quasar comes out….. 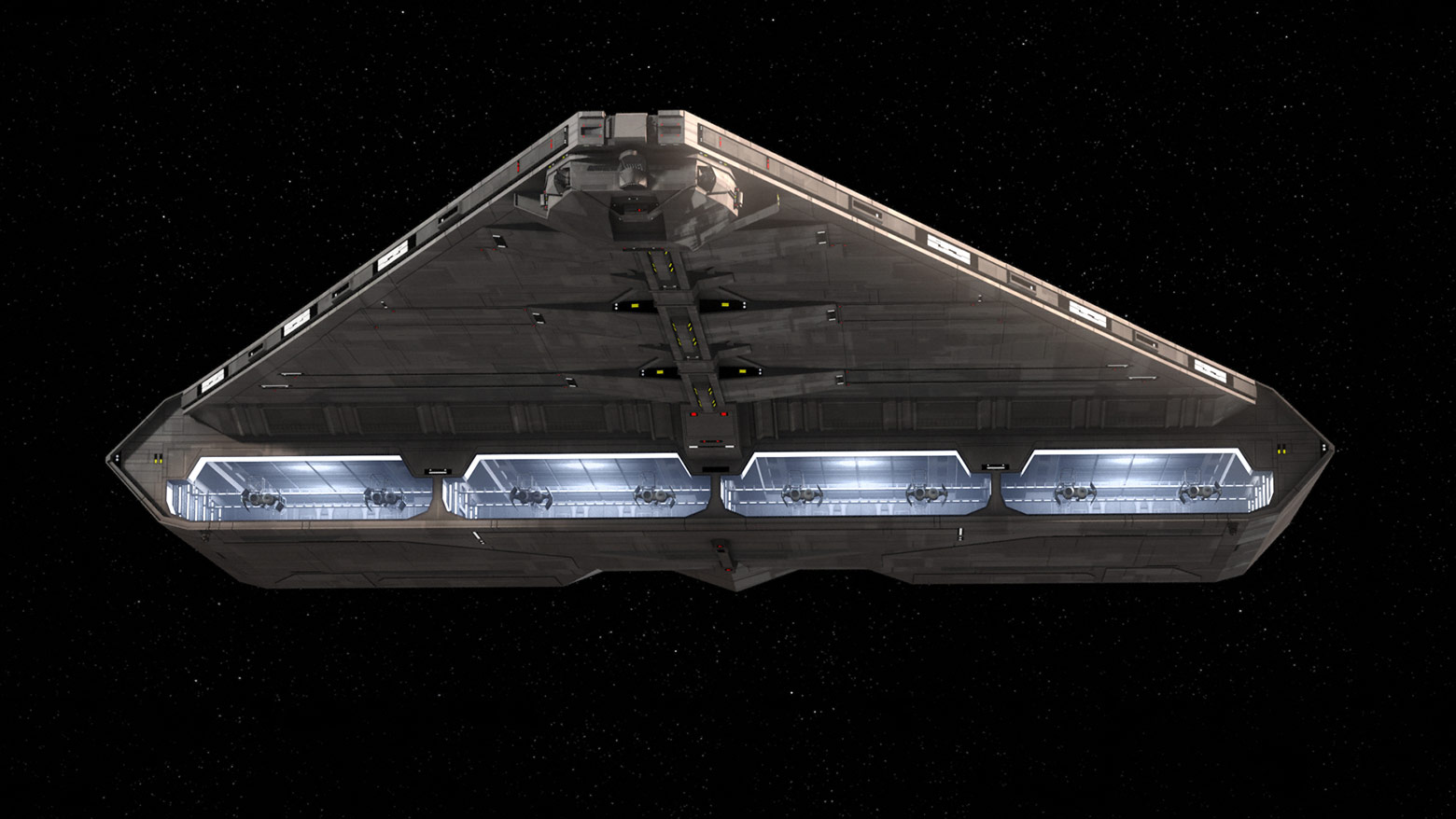 Once the Quasar comes out I believe this would be ideal for that ship in particular, as it will be able to shoot enemy squadrons at LONG RANGE first, soften them up… move in, and then commence shenanigans.  And we’ll be able to a 4th squadron to the mix.  Maybe we an escort like Vader, or change things up and add Zertik Strom and Bossk… the possibilities are endless!   As long as we finish with Boba Fett though!   That is key!

Again I realize that Armada’s version of a Boba Fett Pez Dispenser is an expensive way to launch fighters, but I have realized that the more fighters you add, the more fun can be had!