The Imperial Star Destroyer just doesn’t scare me that much anymore….

So I recently played in a small-ship only tournament for Armada.  Although I wasn’t thrilled about having a restriction on list building, considering Armada has a relatively small collection of ships to choose from to begin with, I felt comfortable regardless, since so many of my competitive lists tend to mostly be small ships anyway.  Here is a video of the tournament for those who are interested:

But this got me thinking why I haven’t been using medium or large ships lately regardless.

The biggest advantage I typically see is that having multiple small ships allows me to have a ton of activations.  I like to run with 5 or more, and often can manage at least 6.   This, combined with an initiative bid will usually allow me a ton of flexibility in terms of activations, and allows me to often double-tap an enemy ship with a last activation, then first activation.

Having a large ship with 120 – 150 points all in one spot can be a really dangerous place to be.  Suppose you end up with a crit that says “You cannot attack at long range” – you might be completely ruined for the rest of the game, depending on the fleet you are facing.  Or if you find yourself with no enemy ships in your primary firing arc, you end up getting stuck shooting out of a sub-optimal side, and it can be a huge missed opportunity.  When you are putting almost half of your fleet points into one ship – missing a big shot with it is devastating.

Small ships can have almost the same amount of firepower as large ships.  Consider an Arquitens with enhanced Armament and concentrate fire.  That’s five dice at long range for only 64 points.   And that’s only one arc.  If you are lucky enough to double arc (left and right) you might manage 9 dice from a 64 point ship!  The Aruitens in this case work best with Vader as commander, and while this is effective, it does require a more expensive commander, and deprives you of the flexibility of using someone else like Jerjerrod or Motti.  So if I can get the same firepower as an Imperial Star Destroyer for about half the points.   Sure the ISD can potentially fire twice if it has Gunnery teams, but I could instead just bring a second Arquitens at that point, and not even have the same-target restriction that gunnery teams gives.  And while the ISD is a difficult target to kill, I could argue that a swarm of small ships are even more difficult to fully kill.

A TRC-90 for only 51 points, while not having the same dice as an Arquitens, still has consistent damage and doesn’t require any specific commander to excel. Four of them come in at 204 points and leaves you plenty of room for other ships.  You could potentially run SEVEN of them, and still have points left over for some squadrons.   They are just able to pack so much more firepower per point than Large ships, and they are so maneuverable as well! 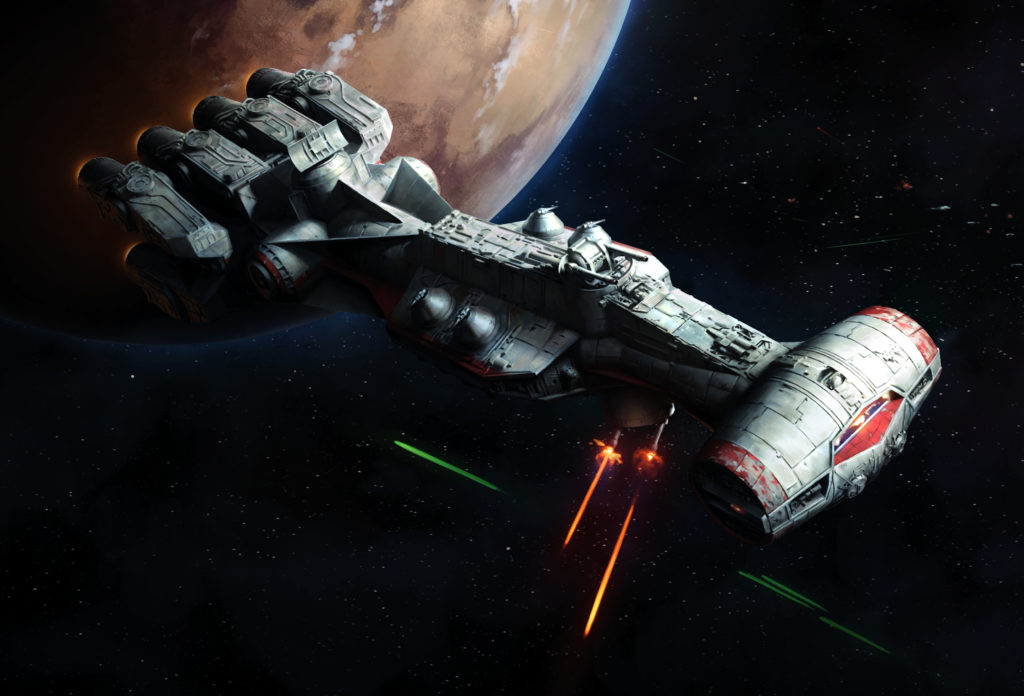 At Long range, small ships can do ALMOST the same damage that Large ships can do.   And because they tend to be fast and maneuverable, small ships can more easily KEEP the battle at long range without getting stuck in close range.  I feel like Large ships need something to make them formidable again.   Medium ships have a little bit of help with the inclusion of Disposable Capacitors in Wave 6’s Quasar Expansion, but that also can go on small ships!

And what’s worse, it isn’t allowed on Large Ships.  (A real shame in my opinion).  Large ships need some help if I’m going to ever want to bring them to a tournament again.