Every single time I talk to someone who is interested in Armada, the number one complaint they have is that the price point is too high to get started.  And they are right.   An MSRP of $99 is a huge barrier to entry for most people, and while it does go on sale from time to time, it still remains one of the most expensive FFG games on the market.  If you compare it to X-Wing’s core set at only $39.99, it is easy to see why even the biggest Star Wars fan will choose X-Wing over Armada. 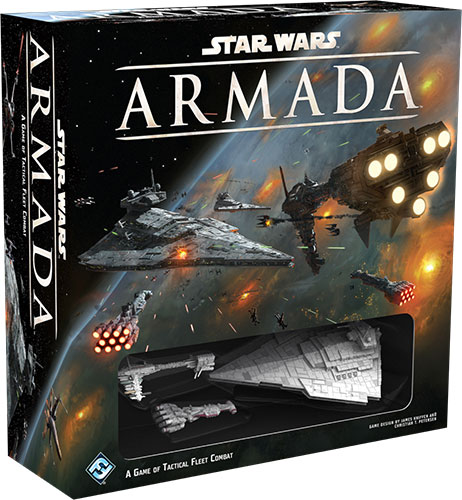 So what if FFG followed X-Wing’s lead, and released a new core set, priced around $40 bucks?   It could have all new stuff, so new players and veterans alike will both want to pick up a copy.  It would have all the basic components, but include smaller ships.  No Star Destroyers in this one.   If it’s going to have three ships, then they need to be small.   Reducing the plastic can help reduce the cost.  That also means less squadrons.   Heck they could possibly do a core set with zero squadrons if they wanted to.  The game has more than enough right now.  If it gets people to buy in, then I’m all for it. 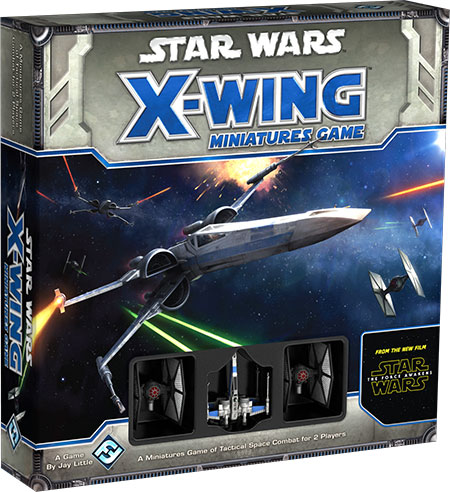 Episode 8 could in theory provide the perfect opportunity to do this.  If Episode 8 has enough ships, and the right types, we could potentially see 3 small ships in a smaller core set.   It might also provide an opportunity to balance the factions, since the Rebels have one more ship than the Empire right now, it could be 2 weaker First Order ships paired up against a stronger Resistance ship.   And yes, First Order and Imperials would be allowed to team up, and so would the Resistance and Rebellion – they would effectively be the same faction, just like in X-Wing.

There’s also the idea that they could create smaller core sets called “Starters” – one for each faction.  A “First Order” starter and a “Resistance” starter – this way you could include only 2 ships in each one and really bring the cost down.   Most players on a budget tend to stick with a single faction for awhile anyway.

Anything to get people into the game is a good thing!  Especially people who don’t have $100 to spend on a game they aren’t 100% sure of.