It finally happened!   I want to thank everyone for helping me hit 5K subscribers on youtube!   It’s a pretty big milestone and I’m absolutely thrilled!   As a way to say THANK YOU!!!! to everyone I’m giving stuff away!   On youtube, I’m giving away a C-ROC!  (In the form of a giftcard to coolstuff inc)! 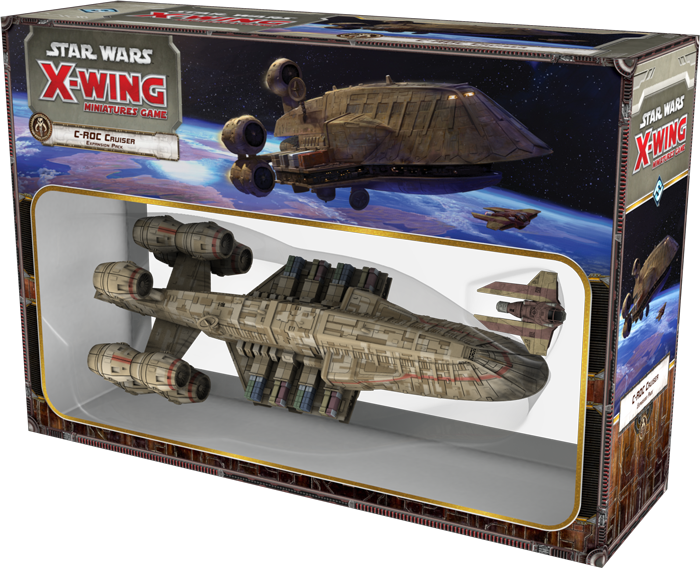 And here on the website I’m having another giveaway on the message boards.   You’ll need to register to enter, but it’s simple and then you’ll just have to post in the giveaway topic under the video games section.  The winner will get a Force Unleashed 2 STEAM key for PC.   It’s an oldie but a goodie!

Thanks so much guys!   You’ve helped me so much through the past few years.  Weather it’s critical feedback, words of encouragement, or catching something that I missed, I generally appreciate all of you!

I’m counting down the days!   This will be the first Celebration that I’ve actually been a part of!   I’ve gone in the past, but usually just showed up, and walked around for an hour or two.  Living in Orlando, I suppose I took it for granted that Celebration used to be here so often.   But ever since Disney bought Lucasfilm, it hasn’t been back to Orlando.   Until this year.

This year I’ll be working a few hours each day at the FFG booth, demoing X-Wing and Armada.   I likely won’t be able to attend the Episode 8 panel, but it does look like I’ll be able to go to the Rebels Season 4 panel, so that’s cool!   And either way it’ll all be up on youtube shortly afterward right?

Destiny is a fun game!  It follows the Collectible Model that has made games like Pokémon and Magic the Gathering highly successful.   It’s got the thrill of opening boosters!   Well, if you can actually GET any!

The main problem is that they have no stock!  Awakenings was the first set and was sold out almost everywhere the first day.  In many cases, the it was sold out within the first ten minutes.  It looked to be heading in the direction of “Pre-Order or Bust”.   I went from being very excited about the game to ranking it much lower in my priorities, due to the lack of availability.  Sure, I pre-ordered a few boxes… but there were so few people to play against, and many times when I did find an opponent they had such a small selection of cards available that it didn’t seem fair. 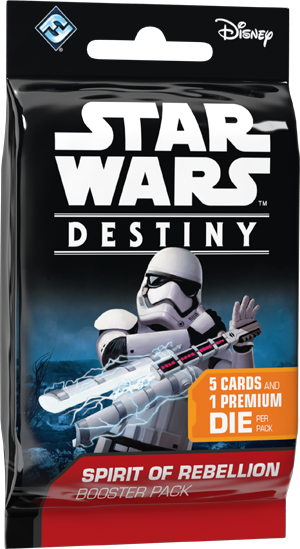 But all that was going to change with Spirit of the Rebellion!  At the GAMA Trade show, FFG made a huge deal about how now they understood the demand and were going to have enough product!  Fans of the games cheered, while skeptics raised an eyebrow.  I was of the mindset “We’ll see how this next release goes”.  And it’s off to a terrible start.

The Spirit of Rebellion launch event, which takes place April 1st and 2nd, is already going south.  One major retailer told me that they are only getting enough boosters for 24 people, and only getting enough promos for 8 people!  FFG announced that everyone who came would have the ability to earn 3 promos each (There are 3 different promos, so you’ll need all 3 if you want the full set).  But it seems they have given distributors1/3rd the quantity of promos to go along with the cards available.   And the cards were also slashed.   These stores were supposed to be able to accommodate more than 24 people as well.   Everything they order is getting slashed by a small inventory. 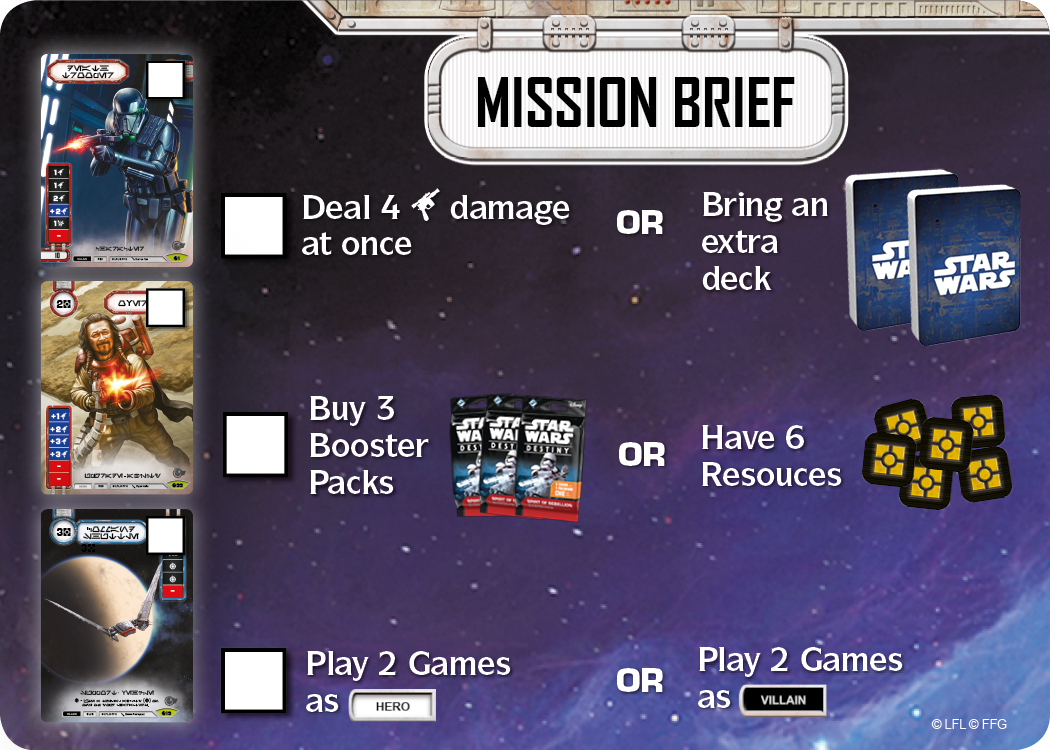 This leaves retailers with the dilemma of giving everyone just ONE promo (When FFG promised them 3 each), or giving the first 8 people each a full set, (Which leaves everyone else with nothing).   And this is the LAUNCH EVENT for the expansion that is supposed to FIX EVERYTHING!   I don’t want to say it looks bad… but it looks really bad. 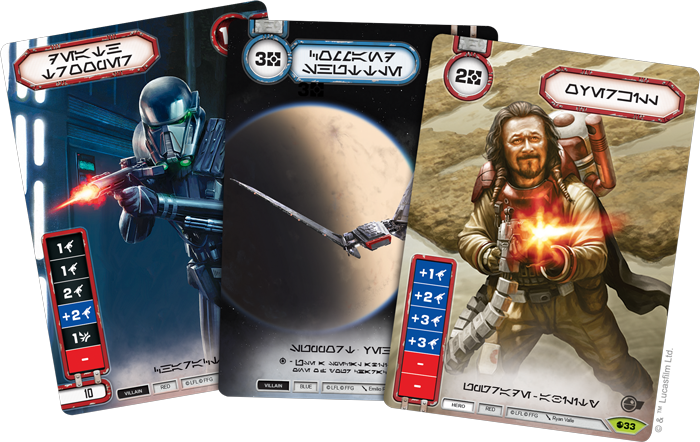 I don’t know if I’ll be playing this game for much longer.   Shame too, because it’s quite fun.

There is so much talk of Super Star Destroyers coming to Armada these days.   I’ve been a proponent of seeing the executor come to the game for a long time, and as such I’ve been involved in many of these discussions.   But even now so many arguments tend to repeat themselves and it becomes tiresome to repeat the same talking points over and over.

Argument number 1: “The Executor is too big!”

Yup.   It sure is.   It’s massive.  Fortunately Armada has a sliding scale, which has already accounted for the fact that the ISD cannot fit a CR-90 in it’s hangar bay.   It had to have a sliding scale.   We all know that at some point we’ll probably see the “Finalizer”, the First Order’s Star Destroyer, which is DOUBLE the size of an ISD – yet nobody expect that it will actually be double the size on the board.    Honestly it would only need to be a little larger than the Raider from X-Wing, so probably around 2 feet in length, to really stand out and look ominous.  At that length it would still dwarf every other ship, and entire fleets would tremble in its presence.

And don’t forget that perspective is a real thing in Star Wars battles.  Consider the end of the Rebels epsode “Secret Cargo”, where we see the entire rebel fleet jump in at Dantooine.  So many of these ships are all over the place.  There is an MC-80, (Possibly Home One) which looks smaller than the Quasar carrier.  This is because space is in 3D and allows a lot of forgiveness in terms of ships appearing out of scale. And this is the case in just about every space battle we see.   A Super Star Destroyer doesn’t have to be 6 feet long to work.   Two feet or less will still look amazing.

Argument #2: “It would be too powerful”

Well it certainly COULD be.  But you have to consider that power in this game has a direct correlation to point cost.   Suppose a ship has 10 red attack dice in a single arc, but costs 350 points?  Power doesn’t always make a ship worthwhile.   As any veteran of the game will tell you, a ship’s overall worth is determined by several factors, including maneuverability, upgrades, defensive options, firing arcs, and even the ability to combo with other ships in your fleet, besides simply the sum of battery armament.  And suppose there were multiple ship cards for it to reflect various capabilities?   A damaged Super Star Destroyer might only cost 150 points, and may have less of it’s batteries available to fire.

Argument #3: “There would be nothing for the Rebels”

This is demonstrably false.  In the recent Aftermath trilogy of books by Chuck Wendig, there are three different Executor Class Dreadnaughts mentioned by name (They refer to Super Star Destroyers by the more appropriately generic term “Dreadnaught” fairly often).  The Executor of course, plus the Ravager, which is featured heavily in the book, and whose remains can be seen covering the desert in Episode 7.

Additionally, there is the Annihilator.  The Annihilator was stolen from the Empire by pirates, during the chaos that ensued after the fall of the Emperor.  These pirates happened to be less of the evil type and more of the free-spirited rebel type that you might associate with a young Han Solo or Lando Calrissian; trying to live life on their own terms away from the rule of the Empire or the New Republic.   They were generally kind spirited and even liberated people and allowed them to join up.  I would consider this group relatively “Good” and as such, they would likely fight against the empire in a fight, so I would argue that you could field the Annihilator in a battle against the Executor or Ravager. 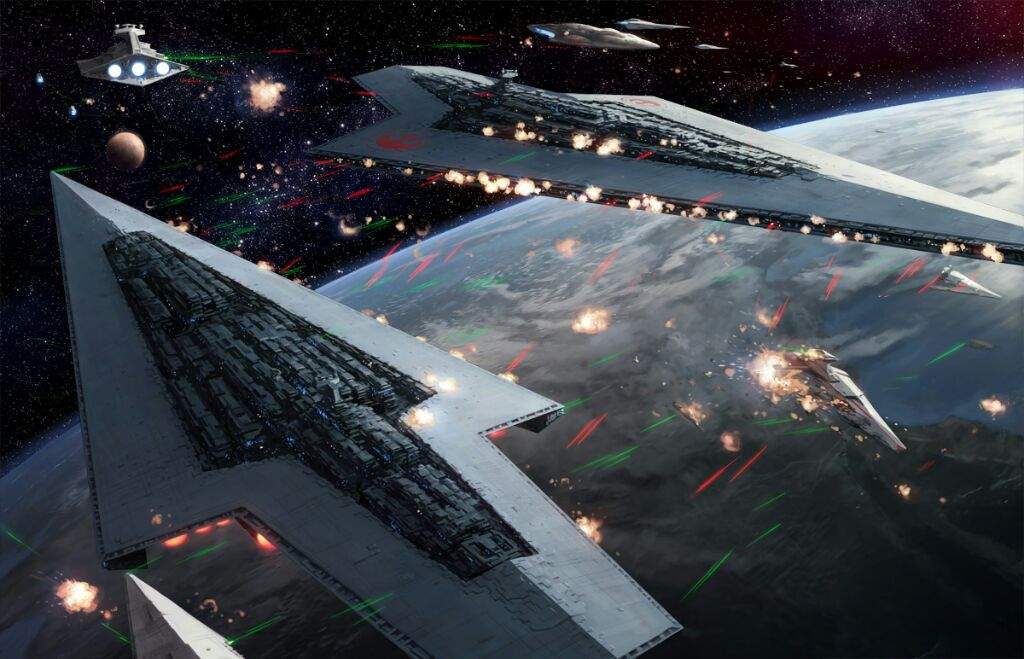 And let’s not forget about the Viscount!   This mighty Mon Calamari creation is still likely to be pulled out of Legends and placed back into canon at some point soon. It would be an amazing option for the rebels not only because of the size, but also it LOOKS like it belongs in Star Wars, and that is one of the driving forces behind what comes back into canon and what stays lost in Legends like the dreaded Suncrusher and the Christmas Special.

My prediction : The Campaign

The Corellian Conflict served two purposes as far as I’m concerned.   It tested the waters for how interested players are in a campaign, and it also gave a trial run into players running 500 point games.  So far both have been a moderate success, with the greater in my opinion, being the larger games.

Both of these aspects can work with a Super Star Destroyer release.  Imagine a campaign based on the rebels attacking a shipyard to slow or halt construction on a super star destroyer.  Suppose it comes with several different versions of the ship, including the various stages of construction.   An early “Under Construction” model might only cost 40 points, and may have very little operational weaponry.  And even if a full constructed Executor-Class Super Star Destroyer costs upwards of 300 points, we’ve already seen the point limit work at 500 points.   They may even extend the official tournament cost to 500.   Personally I’d love that. And with the recent re-canonization of the Eclipse, we are destined to see Super Star Destroyers show up in Armada sooner rather than later.  I predict we will see an announcement regarding them before the end of 2017.  They are gorgeous, they are iconic, and frankly… where ELSE are they going to show up?

After watching “Twin Suns” I’m becoming more and more angry at Star Wars releasing trailers for the show. Turns out the whole episode was this huge build up to see Obi Wan… the episode is framed as if you don’t even know if he is going to show up.

Then towards the end when he finally does show up, he says he doesn’t want to fight Maul. It ends in a very quick fight sequence that is powerful, yet disappointing. It is disappointing because we have all known for months that Obi Wan is in this episode and that he draws his saber. Turns out there were pretty much no surprises whatsoever in this episode.

Imagine for a second, that you hadn’t seen a trailer for this episode. Watching it would have been extremely exciting because you would go for the first 2/3rds of the episode not even knowing of Obi Wan was actually going to appear. A proper trailer would have just been Ezra and Maul on Tatooine.

And I’m pretty sure there are no more secrets for the finale next week either. They’ve already shown us so much of that final battle. We have always known that the Mandalorians were going to join the fight. We also know that the Dornean Gunships are present, so we won’t be surprised when new allies suddenly show up.

Literally the only question next week is “Does anyone die?”. Everyone expects Kallus to die. I’m 99% sure Thrawn survives and gets sent out to the Unknown Regions, as evidenced by the books.

Just tired of a trailer having to show you every crucial scene from every episode. I guess all you actually need to watch is next season’s trailers to learn literally everything that happens.

Site is up – finalizing a design at the moment. Kind of liking the way things are for now. This has been a fun experience.   Forums seem to be working well.   Just don’t like that the usernames appear on the right instead of the left.